Hey everyone, and welcome back to the blog! Today, I’m here to talk about the books I read in the month of April. Now, it may not look like I’ve read a lot, but I did take part in the Magical Readathon, so I have a separate wrap up for that! Outside of the readathon, I read a total of 6 books! There’s really not a lot left to say, so without further ado, let’s begin, and fair warning, there may be spoilers.

The first two books I read this month were The Fellowship of the Ring and The Return of the King by J. R. R. Tolkien, which are adult fantasy. Fellowship is the first book in The Lord of the Rings series, whereas Return is the third and final book. I read the second book as part of the Magical Readathon, so my thoughts will be there! The series follows young hobbit Frodo, who learns that his prized ring is actually the One Ring – a magical token which can destroy and enslave Middle Earth. Frodo is tasked with its destruction as the Ring Bearer, and so he is accompanied by the Fellowship – three fellow hobbits, one elf, one dwarf, one wizard, and two from the race of Men… Fellowship was a reread for me, but I didn’t enjoy it any less – if anything I fell even more in love with it. Tolkien has a fantastic, unique writing style that is incredibly descriptive and detailed. There are also elements of his poetry, which are really powerful and moving. The characters are distinctive, and fully formed. Some are funnier than others, particularly the hobbits Merry and Pippin. The action was fast paced and the fight scenes felt incredibly well choreographed. I don’t think I had a problem with these novels, and having prior knowledge of film adaptations didn’t dampen my enjoyment. The majority of Fellowship was read during my night shifts at work, so that felt strange and somehow cooler. The Lord of the Rings has made me laugh, and has made me cry. These are truly special books. What I loved even more about this reading experience was the chats I could have with my best friend after reading them, as he is a huge Tolkien fan – discussing the books made things even more special. It will be no surprise to hear that I rated both Fellowship and Return as 5 star reads. 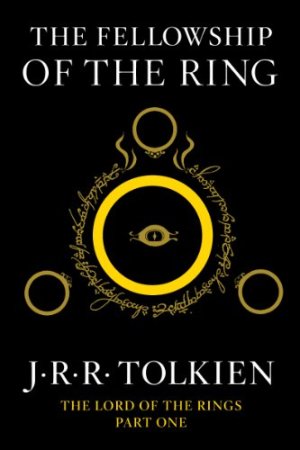 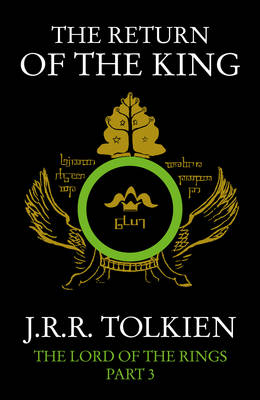 The next book I read was an eBook, and that was Heart of Thorns by Bree Barton, which is a YA fantasy. This is the first book in the Heart of Thorns series, which is set in a world where women possess dark magic and can manipulate blood, bones, breath and flesh – they are Gwyrach. This first novel follows Mia, a young girl who has been training to hunt the Gwyrach, aiming to take revenge on the one who murdered her mother. She is soon set a terrifying task – marry the Prince. When her wedding is disrupted, Mia learns a terrifying truth – she possesses the very magic she has sworn to destroy… I found this to be an average read. Barton’s writing style didn’t captivate me, and if anything, there was a lot of info dumping. There was political unrest, which I felt could have been amplified. Protagonist Mia is a strong character, believing in science over magic, however, this is her flaw – she isn’t open to other possibilities. The love interest I felt was bland, and it was like he had been given cooking as a hobby to be more interesting. There was a lot of heavy tropes and the pacing felt off. Whilst I did appreciate the sexuality and flexibility of this, it at times does feel like a tick box exercise, whereas other times, it was lovely to see it handled. There are a lot of discussions and attempted sexual assault, which felt a little bit awkward. I did enjoy the relationship Mia had with her sister. Her abilities were interesting, and I would like to see more of them. I’m unsure if I’m going to continue the series though. In the end, I rated this 3 stars. 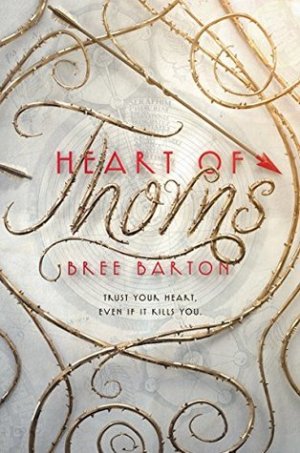 The next book I read was Battle Royale by Koushun Takami, translated by Nathan Collins, which is an adult thriller. This follows a group of junior high school students who are taken to a deserted island. As part of a government authoritarian programme, the teenagers are made to kill each other, until only one survivor is left… I really enjoyed this. This has been on my TBR for several years, so I feel like this is a huge accomplishment.  The writing style was instantly engaging, and whilst there were moments of info dumping, it was done in such a way that it worked, for example, through government speeches. The action was incredibly well written – it was gory, yet the audience was still shielded from the full intensity. There is a huge cast of characters, but not all of them stick around – there are several perspective changes, which I think really aids the survival aspects. Occasionally, there were moments where the translation didn’t work as well, but this didn’t hinder my progress too much. The only issue I really had were the characters constant references to their crushes – I understand these are teenagers and falling in love at this age is the be all and end all, but this gradually became grating. This being said, I really liked it and I’d highly recommend this. I rated this 4 stars.

The next book I read was an eBook, and that is The Flatshare by Beth O’Leary, which is an adult contemporary. This follows Tiffy, who needs a cheap flat and fast. She finds an advert advertising a flat and a bed for the nights, however, she will share that bed with Leon. Leon works nights, and needs that bed during the day. Between the pair of them, they must deal with demanding clients and ex-boyfriends, imprisoned brothers, and actually meeting… This was a cute read and was a lovely palette cleanser. Tiffy had chaotic energy, and this came across in her narration style. Leon, however, seemed very cagey and this was also in his narration – it was blunt and straightforward. These characters were complete opposites, but their growing attraction was what I loved – the communication with the Post It notes was just so sweet. I loved the representation of abuse and counselling, and found it very appropriate for the audience. I did find Leon’s narration difficult to get into, the plot points weren’t really a surprise, and I wasn’t a fan of the epilogue. This being said, I think it would be perfect for a Netflix adaptation, and I rated this 4 stars.

The final book I read was one I borrowed from my mum before the lockdown, and that was Broken by Martina Cole, which is an adult thriller. This is the second book in the D.I. Kate Burrows series, which follows Kate as she investigates various cases. In this installment, children are going missing, but they’re found in time. Then one child is not so lucky. Kate is thrown into the case, and all she wants is solace from her lover, gangster Patrick Kelly. Patrick has his own problems though… This is an incredibly dark read, so trigger warnings for abuse of all forms, prostitution, pedophilia, and violence. This being said, I enjoyed this. Cole writes gripping realistic plots – from characters and villains, to real life settings. Kate is still great – she’s trying to hold onto who she is, whilst trying to deal with Patrick’s gang problems. Sadly though, I did guess who was behind the pedophile ring, and I found the Russian gangster side plot seemed to drag the novel down. This being said, I’d love to borrow the next one from my mum, and I rated this 4 stars. 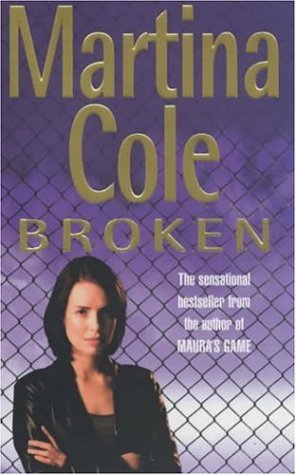 So that completes my monthly wrap up. Let me know what book/books you have read in the month of April – whether it’s paper/hardback, audio, eBook, graphic novels or manga. They all count! If you have any recommendations, please feel free to let me know!