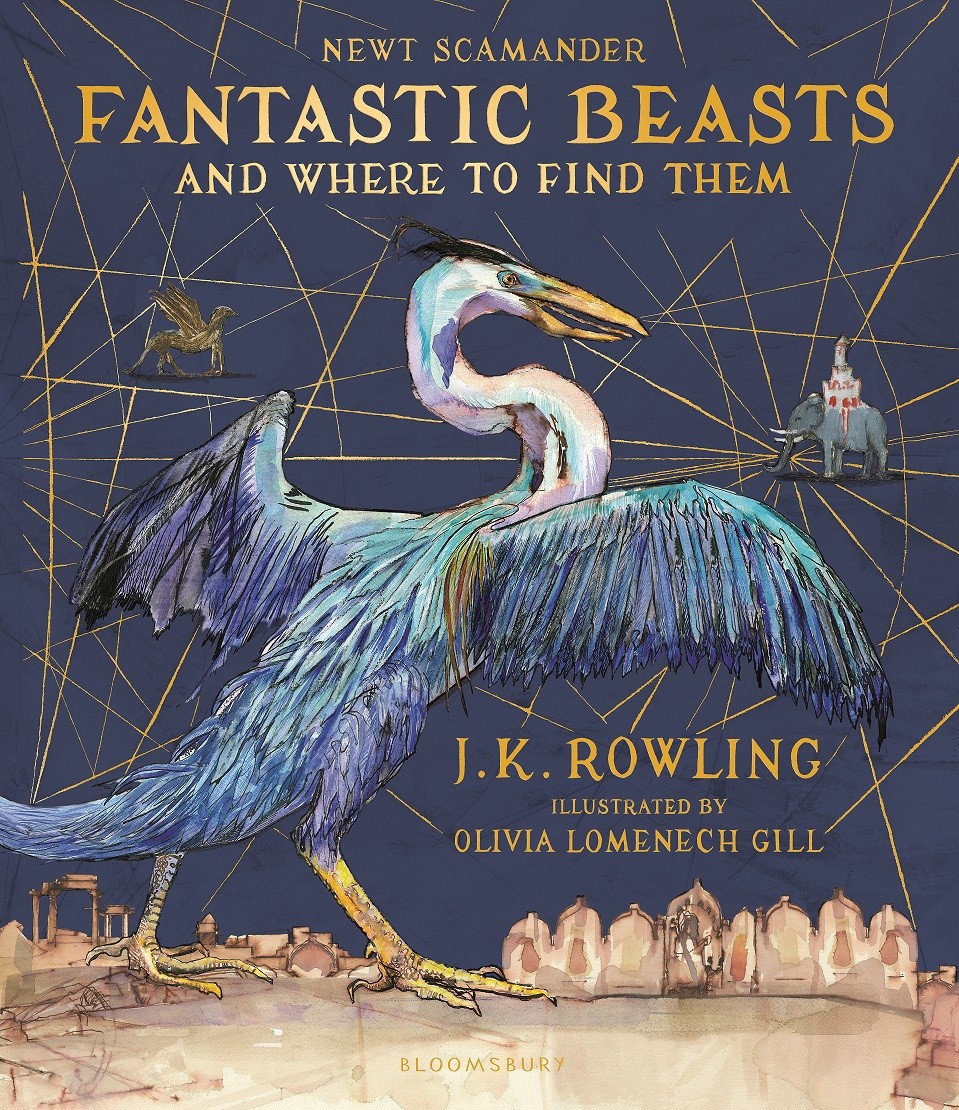 Hey everyone, and welcome back to the blog! It’s hard to believe that the first month of the year is over already. It’s been a crazy month, and that includes the amount I’ve been reading. So without further ado, let’s begin, and fair warning, there may be spoilers.

The first book I read was the hardback edition of Fantastic Beasts and Where to Find Them by Newt Scamander/J. K. Rowling, and illustrated by Olivia Lomenech Gill. This was a book on the Hogwarts reading list, and is almost a companion to the new film franchise. This book chronicles magical beasts in an A-Z format, with insightful information, and how severe or not the creature is. The illustrations are gorgeous, with incredible details and backgrounds. I loved this, and I definitely recommend this, especially this version. I rated this 5 stars.

In one afternoon, I read the first four volumes of the manga Sword Art Online: Progressive by Reki Kawahara and Kiseki Himura. This series is a spin off to the original Sword Art Online. Progressive follows Asuna Yuuki as she is trapped inside of the virtual reality game system. Asuna learns how to survive by employing tactics that she once used in school, to fight on floors one and two… I did enjoy these a lot – they were action packed and really delved into the early days. My only issue is a bit of a two for one deal – the characters aren’t how they we know them, and so seem to act or appear completely different. I think this is partly due to artists rendition, and makes Asuna appear conniving, but weak. Some panels also appear like fan service, taking delight in making her almost nude or in her underwear, which is sometimes irritating and pulls from the story. In the end, I rated each volume 4 stars.

I then read You by Caroline Kepnes, which is an adult thriller. This follows bookseller Joe as he becomes infatuated and obsessed by a customer – young writer, Beck. This has been a recent Netflix series adaptation, and I got a few episodes in before I wanting to pick up a copy of the book – it has been on my TBR list for a little while too! I really enjoyed this – it was well written and creepy with the use of the second person narration, making the reader feel like they’re actually being stalked. I kept wanting to read on, and I was hooked, even though both Joe and Beck were very unlikeable characters! I did find it problematic at times, with both Joe and Beck’s behaviours sometimes hitting a little too close to home. It was very occasionally repetitive with behaviours, but overall I did enjoy this and I think you should give it a try! I rated this 4 stars.

I then jumped onto my Kindle and read Red Rising by Pierce Brown, which is the first book in the Red Rising Saga. This is a YA/NA science-fiction novel, which follows young miner Darrow, as his world is turned upside down with the death of his wife. Darrow also learns that the planet he has been mining for habitation (Mars), is already habituated by higher ranking castes, such as Golds. Darrow joins a resistance group, where he is remade into a Gold to infiltrate their ranks and change the future… The writing style is powerful, and intelligent, capturing scientific language and discussing it in an easy to understand manner. The plot is action fuelled, and I can definitely understand the comparisons to Battle Royale, Game of Thrones and The Hunger Games. However, there are times where the action seems to repeat itself and I found Darrow to be annoying. As much as he is trained to become a Gold, he starts to fit the mould a little too much, and becomes almost arrogant, and seems at times to completely forget his cause. He’s very much an alpha male – handsome and powerful, but the actions he has are usually solved by the deus ex machina plot device. This was irritating and lazy, and overall didn’t aid his characterisation. Overall though, I did enjoy this novel, and I would be interested in picking up the next book. I rated this a strong 3 stars.

Sticking to my Kindle, I then read A Torch Against the Night by Sabaa Tahir, which is the second book in the An Ember in the Ashes series. This is a YA fantasy, set in a land with magical creatures, ruled by the Martials, with the Scholars seen as the lower caste. Following on from the first book, Laia and Elias have escaped Blackcliff Academy, and are journeying on to Kauf prison, to rescue Laia’s brother. Meanwhile, Helene has become the Blood Shrike to the Emperor, and must follow orders – including killing Elias… I was hooked on this! The writing style was still distinguished across the separate character perspectives, and is as fluid as ever. The plot was enchanting – family, strength, friendships, love and fantasy combine to make a compelling story, against the backdrop of civil unrest. There were so many secrets that were unveiled, and my mouth was open in shock. The characters showed so much depth as they changed and I’m very excited to read the next book in the series. I rated this 5 stars. 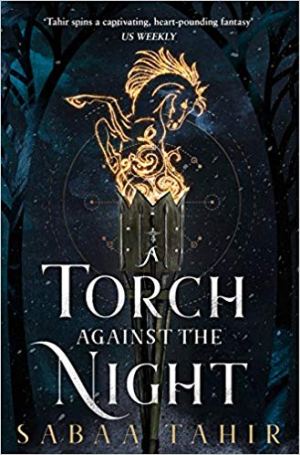 The final book I read was the paperback edition of I Am Behind You by John Ajvide Lindqvist, which has been translated into English by Marlaine Delargy. This is the first book in the Platserna series, which is adult horror-thriller. This followed four families at a caravan campsite. One morning, the land is blank – no sun and no other surroundings. Each family denies this, until their darkest fears, their worst mistakes come towards them out of the blackness… This is definitely a character driven plot, with the majority of characters having dark secrets and pasts they can’t discuss. Some characters are unlikeable, and these elements combine to make the reader want to carry on – will they get a comeuppance or not? The setting is limited and feels claustrophobic, especially with darkness, and lies. The dark elements aren’t fully explained though, and I definitely feel like this novel would have benefited from it – is it actually fear, or is it possession? I don’t exactly know, and I feel this hampered my reading experience and enjoyment. This being said, this is an excellent translation, as usual. I’m definitely intrigued to how the series could continue, especially as the author usually writes standalone’s. In the end, I decided to rate this 3.5 stars – a little disappointing for a book I was highly anticipating.

So that completes my first monthly wrap up of 2019 – thank you January! Let me know what book/books you have read this month – whether it’s paper/hardback, audio, eBook, graphic novels or manga. They all count! If you have any recommendations, please feel free to let me know!