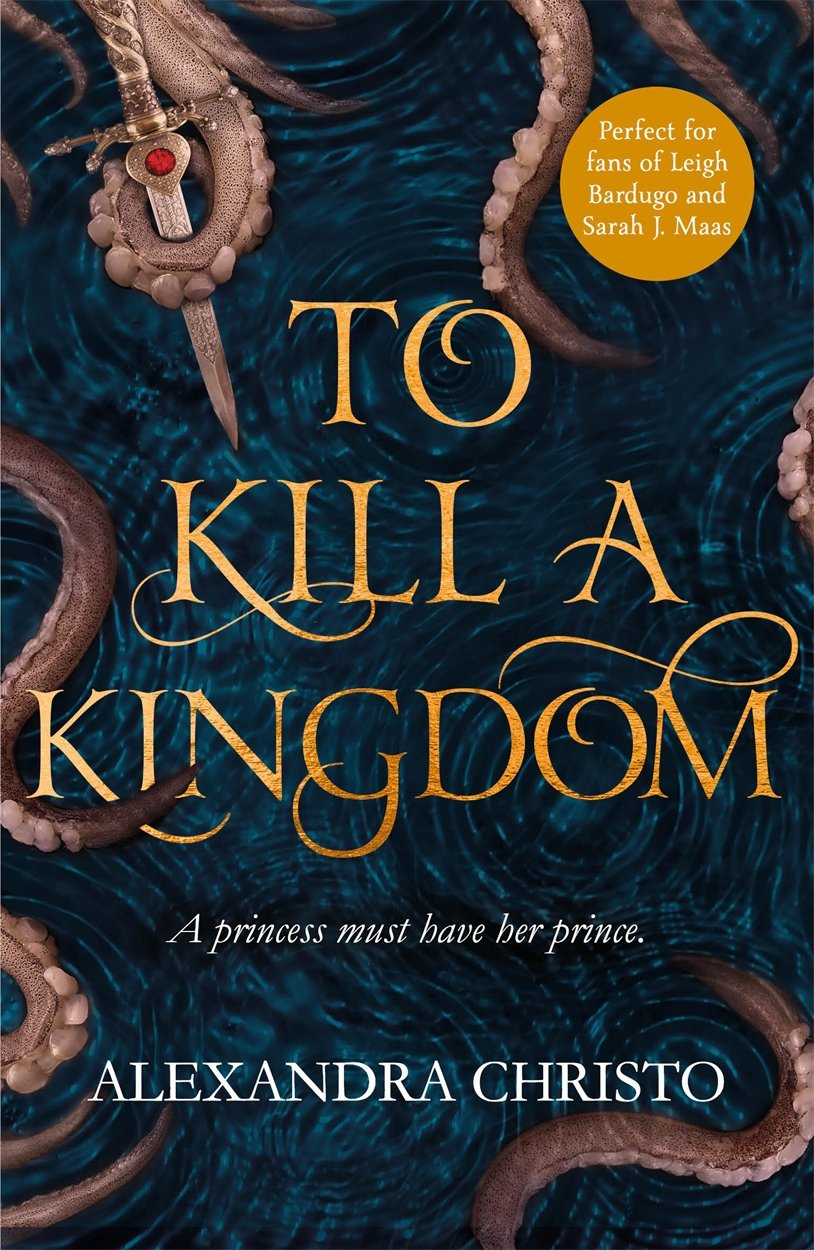 Hey everyone, and welcome back to the blog! I hope you all had a very happy Halloween – it was yesterday after all! I hope your October has been spooky, yet sweet, and that you’ve got lots of reading done, like me. So without further ado, let’s begin and fair warning, there may be spoilers.

The first book I read this month was an eBook, and that was To Kill a Kingdom by Alexandra Christo. This is a YA fantasy, which is reminiscent of the fairy tale, The Little Mermaid by Hans Christian Anderson. In this novel Lira, a princess and siren, has the hearts of seventeen princes buried in her room. With her sights on another, and breaking tradition, Lira ends up killing a mermaid – a different breed compared to sirens. As punishment, her mother, the Sea Queen, turns Lira into a human and demands that she kill siren hunter, Prince Elian. Lira must do this as a human, or risk losing her siren song – forever. I had such high hopes for this, but in the end I was very disappointed. Both main characters could have been elevated, but they ended up one-note, bland and I struggled to differentiate their voices. Maybe this was due to the writing style, which wavered between mystical and fantastical, to quite structured and constricted for both characters as well as plot, as it was a dual narrative. I was hoping for a dark tale, and it fell short. There was very small LGBT representation, seemingly there to say it was there, and a frozen foreign royalty that were completely underdeveloped – I don’t think it was represented well, even if inspiration came from Asian cultures. Overall, this had so much potential but fell short, and I ended up rating this 2 stars. 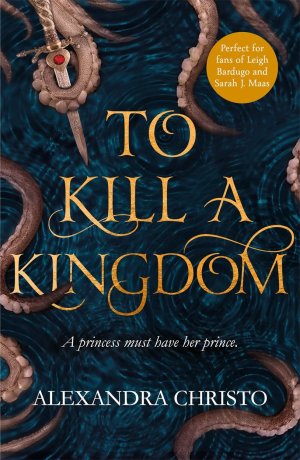 The first paperback I read was Two Dark Reigns by Kendare Blake. This is the third book in the YA fantasy series, Three Dark Crowns. Picking up from the events of the previous book, each of the sisters has a score to settle. Katharine has been crowned, but there are whispers of her being a thief and undead. Arsinoe and Mirabella are in hiding on the mainland, but a fabled long dead Queen is visiting them, with hints to return to the island. Jules is also in danger – is she really a Legion-Cursed Queen, that will lead others to victory? I really enjoyed this and had preordered it months in advance! The writing is as captivating as usual, with so many hints about the story to come. Arsinoe still remains a firm personal favourite, but the other two queens are equally as strong, in their thoughts and feelings. There were moments were the plot dropped, and I found it hard to dive back in at times. This being said, the plot twists and final chapters had me wanting to tear my hair out and throw the book at the wall – I want the next book now, even though I think it’s the final instalment! In the end, I rated this 4 stars, and I’d highly recommend the series.

I then read Tower of Dawn by Sarah J. Maas, which is the sixth book in the Throne of Glass series. In this novel, and picking up from the events at the end of Queen of Shadows, Chaol Westfall is on a diplomatic mission to forge an alliance with the Khagan of the Southern Continent. He also seeks healing at the Torre Cesme, to repair his broken body. Here Chaol encounters Yrene, a healer whose life was turned upside down in the Adarlan war. And deep in the mountains, answers and dangers lie… I found this really hard to get into, and the first part of the book seems such a slog. I almost DNfed, and I never do that to a Sarah J. Maas book. Chaol has become almost whiny, and I can understand the underlying depression about his situation. He fell really flat in this and he became boring. I found the romance between Chaol and Yrene predictable. The better characters were Chaol’s companion Nesryn, an old Adarlan guard. The adventures and the things she experiences are beautifully written, but even her romance is predictable. A curveball is thrown, which I did not see coming, and I’m glad I persevered to see it through. Overall, I have mixed feelings on this and I rated it 3.5 stars. 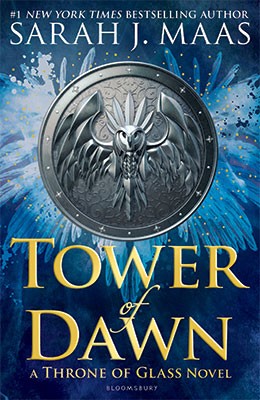 I then read Dracula by Bram Stoker, to get me into the spirit of Halloween! Dracula follows lawyer Jonathan Harker, who meets the infamous Count in Transylvania. Whilst there he experiences terrifying things, before returning to England. When he arrives, he learns that Dracula is already there, and a battle between good and evil is threatening to break out… I really hoped that I would love this, but I was quite disappointed. The plot is quite simple, but it has been stretched into over 400 pages, and I found myself skimming passages at times. I honestly don’t feel that much happens, and the characters start to blend, apart from Mina Harker and Van Helsing who are standouts. This being said, it is atmospheric and I can understand why people consider it a classic. The book is written in journal entries, letters and newspaper clippings, and this was an interesting way of writing. I respect this book for what it did for Gothic literature and the vampire world. Maybe I’ll go back and reread it one day – who knows? In the end, I rated this 3 stars. 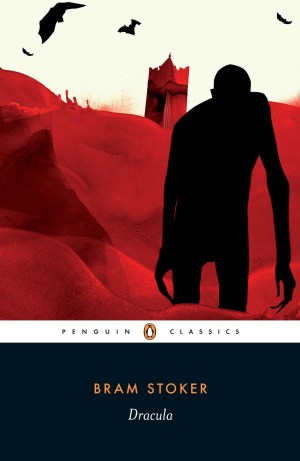 I then read the hardback edition of Good Omens by Terry Pratchett and Neil Gaiman, which is an adult fantasy-comedy. This follows an angel and a demon, on opposing sides of Armageddon, concerned with the Divine Plan and the Anti-Christ. It’s much more than this, and I honestly don’t think I can do this justice. It was laugh out loud funny, as you grow to love this crazy cast of characters. Aziraphale and Crowley are my favourite characters, and for supernatural beings, they’re likeable and realistic. The references to so many Queen songs were a joy, and I found myself addicted to this wacky and lovable plot from two insanely talented authors. I can’t wait to see the TV adaptation, and it’s no surprise, I rated this 5 stars. 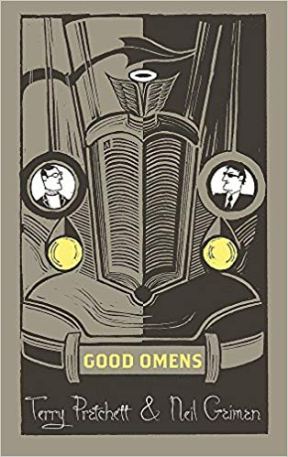 I then went back to my Kindle to read Fatal Promise by Angela Marsons. This is the ninth book in the D.I. Kim Stone series, which are crime thrillers for adults. In this instalment, Kim and her team have been devastated by the loss of one of their own, and have to deal with a new replacement. As the replacement arrives, a surgical doctor linked to a previous case is found dead, and his son is involved in a deadly car accident… This was an addictive read, as usual. I like the writing style, as it feels realistic, but there were moments where I saw punctuation mistakes and it irked me. I also found myself more interested in the side case of a missing teenage girl, which police officer Stacey takes lead on. This being said, I did not solve the cases, which I come to these books for. It’s also interesting to see insight into Kim’s behaviours from a psychological perspective, and not from just the author too. I’m interested to see what is in store for Kim’s team next, and I rated this 4 stars. 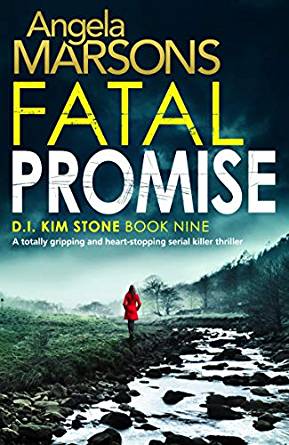 So that completes my monthly wrap up! Let me know what book/books you have read in the month of October – whether it’s paper/hardback, audio, eBook, graphic novels or manga. They all count! If you have any recommendations, please feel free to let me know!

One thought on “October Wrap Up”