Hey everyone, and welcome back to the blog! Today I’m here to talk about the books I bought in August. I’ve been seeing plenty of recommendations everywhere, and adding them to my TBR. And hopefully, the books in this haul will soon come off that list. So without further ado, let’s begin the haul, and fair warning, there may be spoilers.

I borrowed one library book this month, and that was the hardback edition of Almost Love by Louise O’Neill. This is an adult contemporary that follows Sarah, who falls in love with Matthew. To Sarah, it doesn’t matter about the twenty year age gap or that he only sees her in secret. Sarah is sacrificing everything for him – her father can’t understand the relationship and she’s on the verge of losing her job. Sarah is addicted to Matthew, and love is supposed to hurt, right? This book came out this year so I was really pleased to find a copy in the library. I’m sure this will be an interesting and perhaps, heartbreaking read.

The first eBook I picked up was Final Girls by Riley Sager, which is an adult psychological thriller. Quincy, Sam and Lisa are the Final Girls – three survivors of grisly killing sprees, all linked by their trauma. Then Lisa dies in mysterious circumstances, and Sam shows up at Quincy’s home. Quincy realises she doesn’t know anything about the other girls. Can she trust them? Is there only one Final Girl? And is Quincy next? I’ve heard good things about this from Hardback Hoarder on YouTube, and I love the concept of Final Girl’s like in horror films such as A Nightmare on Elm Street and Halloween. At the time of purchase, this was £1.99.

The second eBook I bought was Ace of Shades by Amanda Foody, which is the first book in The Shadow Game series. This is a YA fantasy, which I’ve heard a lot about from various BookTubers. This follows proper young lady, Enne. One day Enne’s mother goes missing and all clues point to the City of Sin. Enne has one clue – the name Levi Glaisyer. Only Levi is not who she imagined – he’s a con man. Enne and Levi agree to work together, but in the City of Sin, anything can happen. Anyone can play dangerous games, as Enne soon learns… I can’t wait to start this, it sounds amazing! At the time of purchase, this was £2.99.

I then picked up To All The Boys I’ve Loved Before by Jenny Han, which is the first book in the To All The Boys I’ve Loved Before series. This is a YA contemporary romance, which is also a recent Netflix adapted movie. This follows teenager Lara Jean who keeps love letters in a hatbox. These love letters are for every boy that she’s ever loved or had a crush on. She doesn’t send the letters out, keeping them for her eyes only. Until one day when the letters are mailed, and Lara Jean’s love life goes crazy! I’ve heard good things about this from a lot of different people, and I’m excited to see the Netflix movie. At the time of purchase, this was £1.89.

The final eBook I picked up was An Ember in the Ashes by Sabaa Tahir, which is the first book in the An Ember in the Ashes series. This is a YA fantasy, another of which is popular in the BookTube community. In a world ruled by the Martial Empire, defiance means death. Laia’s grandparents are murdered, her brother is arrested for treason and the only people she can turn to are rebels. The rebel’s agree to help, as long as Laia spy’s on the Commandant of Blackcliff at the academy. There Laia meets Elias, the academy’s finest soldier, who wants to be free from the tyranny he endures. Laia and Elias realise that their destinies are entwined, and their choices will change the Empire… This sounds really interesting, and I have a feeling I’m going to love it. When I described this to my boyfriend he said this sounds like a combination of Star Wars (which we both love) and the Roman Empire. Can’t go wrong really, can you? At the time of purchase, this was £2.99. 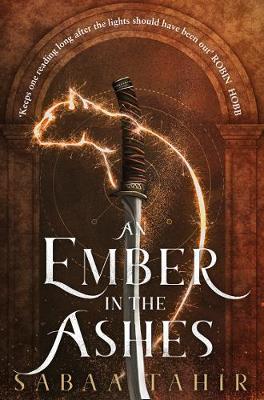 So that completes my August book haul. Have you read any of these books? What have you hauled lately? Let me know!

One thought on “August Book Haul”